Book Review: The Myth of Persecution

For every Southern boy fourteen years old, not once but whenever he wants it, there is the instant when it's still not yet two o'clock on that July afternoon in 1863, the brigades are in position behind the rail fence, the guns are laid and ready in the woods and the furled flags are already loosened to break out and Pickett himself with his long oiled ringlets and his hat in one hand probably and his sword in the other looking up the hill waiting for Longstreet to give the word and it's all in the balance, it hasn't happened yet, it hasn't even begun yet, it not only hasn't begun yet but there is still time for it not to begin against that position and those circumstances....

William Faulkner, Intruder in the Dust. 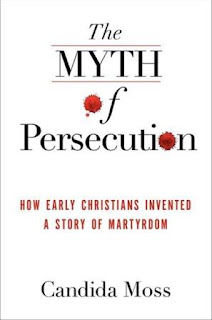 Civil War buffs love to contemplate how the course of the war and the nation might have changed had Robert E. Lee chosen not to assault the Union Army on Cemetery Ridge on July 3, 1863. While I like counterfactuals as much as the next guy, when it comes to Pickett's Charge, what is really being asked is what might have happened if Robert E. Lee could have stopped being Robert E. Lee for just that couple of hours or just that couple of days. Had it not been for the audacity and aggressiveness that was his undoing at Gettysburg, Lee would never have been there in the first place because he wouldn't have won the brilliant victories that gave him the clout to get his plan to invade Pennsylvania approved by Jefferson Davis. As Shelby Foote noted "Gettysburg was the price the South paid for having Robert E. Lee as commander."

In The Myth of Persecution: How Early Christians Invented a Story of Martyrdom, Candida Moss contemplates what Christianity might be like without its martyrdom complex. The Notre Dame professor explains how the post-Constantine church exaggerated and misrepresented for propaganda purposes the extent to which the pre-Constantine church had been persecuted by the Romans.  Had this not happened—or at least if the church today recognized that this is what happened—Moss thinks that modern Christians might not be so quick to view every disagreement with unbelievers (or believers who believe a little differently) in terms Satan vs. God, evil vs. good, and lions vs. Christians. 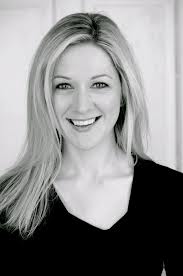 I would highly recommend this book to anyone who would like a clearer picture of martyrdom in the early Church.  If you have ever wondered why historians think that the Roman persecution of Christians was mostly sporadic and localized, this is the book to read.  The key point seems to be that when there is some secular record of the Romans taking action against Christians, the nature of the action often shows that most of the time Christians were left in peace.  One example is Valerian's decree stripping Christian senators and officials of their status and property.


[I]t's surprising that Christians could and did achieve power and status in the government, if—as tradition has us believe—they were being systematically persecuted by that same government.  That both Valerian and, as we shall see, Diocletian ejected Christians from public office demonstrates that Christians not only lived peacefully among the Romans, they flourished and rose to positions of prominence and power.(p.144)

Another example is the church that Galerius pulled down in Nicomedia that faced the imperial palace.  Had Christians been subject to constant harassment, they wouldn't have put their place of worship right under the emperor's nose.

I have run across a good number of internet apologists who will cite the growth of Christianity in the face of persecution as proof of the truth of New Testament claims.  Not being familiar with Professor Moss's work, my standard response has been to point out that there are somewhere around 14,000,000 Mormons in the world today despite the persecution that they endured.  One of the points Moss makes is that early Christians—like the nineteenth century Mormons in Missouri and Illinois—were not always the easiest people to get along with.  My favorite story concerned a mob of Christians who marched to the home of a Roman governor and demanded to be executed.  The governor sent them on their way, "telling them that if they wanted to die, they had cliffs to leap off and ropes with which to hang themselves." (p.144)

Moss puts primary responsibility for the distorted picture that has come down to us on Eusebius, the church historian who wrote during the years before and after Constantine legalized Christianity in 313 A.D.


It was Eusebius who made martyrdom a nearly continuous presence in the life of the church.  Christians had described themselves as suffering for Christ long before Eusebius, but the process of defining the church as a persecuted church was really initiated in his Church History. (p. 216)(emphasis in original)

Although Eusebius was writing about the experiences of an earlier time, the theological conflicts of his own day were very much on his mind.


The consequence of Eusebius's history of the persecuted church is that he divides the church into two groups: orthodox, as represented by orthodox bishops and martyrs, and their opponents—the heretics, schismatics, and persecutors.  Eusebius's targets are the dissenting voices within the church: those with whom he disagrees, those who threaten the idea of a single line of authoritative bishops, and those who question the tenets of orthodoxy.  By polarizing Christianity this way, Eusebius forces those groups outside the church.  At the same time, those within the church who might be inclined to disagree are reminded that they are either on the side of the martyrs or the side of the heretics and persecutors. (p.231)

Moss ends her book by urging Christians to move beyond their persecution complex.


When Christians are invested in the history of martyrdom, they see themselves as persecuted, make their opponents into enemies, and equate disagreement with demonic activity.  This story of Christian martyrdom is a myth that makes collaboration and even compassion impossible.  The recognition that this idea is based in myth and rhetoric rather than history and truth, reveals that Christians are committed to conflict and opposition, but also that they don't have to be.   We can choose to embrace the virtues that the martyrs embody without embracing the false history of persecution and polemic that grown up around them. (p.260)

While I respect the fairness and clarity with which Moss presents the evidence and argues her case, it is here that I have a question.

Wasn't the idea of Christians as victims of persecution an essential part of the message from the very beginning?

In the ancient world, when people suffered, it was usually seen as a sign that they had failed to do whatever was necessary to keep the gods on their side.  The Old Testament is filled with tales of the Jews suffering as a result of having displeased Yahweh in one way or another.  I've always suspected that Christianity's success was the result of turning this understanding on its head.  The downtrodden and disenfranchised no longer needed to accept their suffering as a sign that they were wrong with God, but could see it as a sign that they were right with God.  People learned that the reason their lives sucked was because God's enemies had targeted them.   Suddenly, their suffering had meaning as part of the great cosmic battle between good and evil, and hence, their lives had meaning.

If the idea that being a Christian meant being persecuted was part of the message from the very beginning, then the narrative of persecution wasn't invented in the fourth century.  Eusebius simply repurposed the existing narrative to meet the changing needs of the church.  This seems to be a fairly common phenomenon when people who have been outsiders becomes insiders.  In the resulting power vacuum, one faction will seek to establish its supremacy by associating its rivals with its late oppressors.  Eusebius associating opposition to orthodoxy with Roman persecution may have been as natural and as inevitable as Robert E. Lee ordering Pickett's Charge.

I'm not one of those "angry atheists" who is convinced that nothing good can ever come from religion, but I would like to see Moss address the possibility that the problem is not so much the exaggeration and invention that took place in the persecution narrative, but a theology and world view that made that exaggeration and invention necessary—both in the fourth century and today.  My impression is that one of Moss's concerns in writing this book was whether she would offend the Catholic hierarchy at Notre Dame University (a school with its own rich and carefully crafted mythology). She worked hard to anticipate the challenges that might be offered by Christians who are invested in the traditional persecution narrative.  It would be interesting to see what she would say about the challenges that might come from the irreligious end of the spectrum.

Overall, I thought this was an excellent book.  Moss does the thing that I most value in a book like this: she equips the reader to think critically about the conclusions she has drawn.  I didn't always agree with her, but she enabled me to frame intelligent questions (or so I would like to think) because she laid out the evidence fairly and clearly explained how she reached her conclusions.  I suspect that this is a book that I will return to whenever the subject of persecution in the early church comes up.


. . . . . . . . .
For a complete list of bloggers reviewing Dr. Moss's book, including Thomas Verenna, Tim Henderson, Brent Waggoner, and James McGrath, see TLC Book Tours.   My thanks to Jen Forbes for inviting me to participate.
Posted by Vinny at 3:03 AM 5 comments

My Problem with the Criteria of Embarassment

The depiction of Jesus in the garden of Gethsemane, in great distress and praying that the cup pass from him, is one that it is hard to imagine being invented by the later church, after they had made sense of the cross as the decisive salvific event in human history. Would they invent Jesus asking for that not to occur?  James McGrath

We know that the Luke had no qualms about changing details in Mark in order to tone down the distress that Jesus experiences in the face of death.  For example, he changes Jesus' last words from  “My God, my God, why have you forsaken me?” to "Father, into your hands I commit my spirit."  Is there any reason to think that Mark would had some qualms about altering the stories that he heard in order make whatever theological points that he wanted to make?

If we accept that the evangelists felt free to alter the stories, then we have to accept that anything in the stories is there because it served the author's rhetorical purposes.  Mark could have thought it important to detail Jesus' human frailties in order to emphasize the transformative effects of the resurrection.  It doesn't mean that Mark's story can't be true, but I don't see how we can base our conclusion on the notion that he would have been reluctant to change the stories as they came to him.