Were 1st Century Christians Smarter than Everyone Else?

I sometimes run across Christian apologists who deride skeptics for thinking that the supernatural stories in the New Testament were the product of ignorant and superstitious people.  They argue that it is elitist or condescending to suppose that 1st century Jews and pagans were incapable of understanding the events they observed and reporting them accurately.  The modern skeptic is simply being arrogant.

My response to this argument is that I am not skeptical because I think that 1st century Jews and pagans were any more naive or gullible than modern thinkers.  I am skeptical because I don't think that they were any less naive or gullible.  I think that 1st century Christians were probably just as credulous as the 19th century Mormons who were taken in by Joseph Smith's tales of golden plates and magic seer stones.  I think that they were probably just as credulous as 20th century Scientologists who were taken in by L. Ron Hubbard's fantasies.  People have always wanted to believe that their lives have some transcendent meaning and there have always been people willing to accept the most fantastic stories without any evidence whatsoever in the hopes of finding that meaning.

Many of the arguments that Christian apologists make seem to rest on the rather bizarre notion that 1st century Christians were somehow unique among all people throughout recorded history in that they were impervious to supernatural tales where those tales were not supported by convincing empirical proof.  Unlike people at all other times and places, they wouldn't have passed along such stories without carefully determining all the facts and they wouldn't have exaggerated the stories and added details as they retold them.  Moreover, unlike all other people, they would have promptly abandoned their religious beliefs if challenged with contrary evidence.
Posted by Vinny at 11:05 AM 8 comments 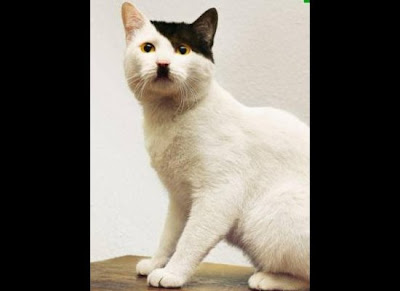 Links to this post
Labels: Kitler
Newer Posts Older Posts Home
Subscribe to: Posts (Atom)
No matter how cynical you get, it's almost impossible to keep up.--Lily Tomlin